In this post, we explore Twitter Ads for eCommerce stores. It will help you understand the plethora of unique targeting options available to you, the tools you’ll need to set up a campaign and the essentials you’ll need to track and scale performance.

You’ll need to choose your goal before creating a campaign. Twitter Ads offers campaign types specifically for each goal.

If your goal is engagement, you’ll configure your campaign for engagement (replies, retweets, favourites and clicks) and you’ll bid and pay for those actions when they happen. Twitter reports an effective cost per engagement for Engagement Campaigns.

With Twitter Ads you only pay for the first engagement. Subsequent engagements are free. If your tweet is retweeted and a user replies to it, you’ll pay for the retweet but not the reply. Twitter then divides the total cost between the number of actions to calculate an effective cost per engagement.

If your goal is to increase followers of your Twitter account, create a campaign based on that action. You won’t pay directly for engagement or clicks through to your website. You’ll bid and pay when someone follows your account.

The average cost per follower your campaign is achieving will be reported.

Pay for Clicks To Your eCommerce Site

A more traditional method of paying for ads, this option is a straightforward Pay per Click option. You’ll only pay when someone clicks a link through to your website.

Your bids are set according to this goal and that’s what Twitter will report on in the campaign interface along with the number of clicks and the average cost per click.

For a full-on sales drive, you can create a campaign focused on conversions on your website.

The bids in your campaign are set around clicks, but Twitter will automatically optimise your ads within your target criteria focusing on conversions. You’ll pay when someone clicks through to your site.

Twitter Ads has a further campaign type to bid and pay each time someone signs up for your offer.

This could be a sign-up to your email marketing list or registration for a promotional voucher, for example.

You’ll need a bit of technical help or know-how to get Twitter lead generation cards configured.

There are a number of targeting options for your ads which you should choose depending on your audience and your budget.

The first thing to understand is that, unlike Google AdWords Search Ads, impression share is not nearly as important. That means that spending £100 when your budget should be £1000 isn’t as damaging as it might be for a search campaign.

Start with what you can afford, measure the results and increase the budget when you achieve your goals.

Remember though, in most cases Twitter is mostly about building your brand – creating more awareness, engaging and building relationships and reputation. Direct action campaigns are possible, but sales come later in the sales and marketing funnel.

If you have a large Twitter Ads budget, targeting interest categories might work for promotions, sign-ups or eCommerce conversions too, though creating multiple campaigns targeting different segments of that audience might make it easier to measure performance, optimise and scale your campaign.

You can research (if you need to) Twitter accounts for those in or related to your market segment.

A DIY eCommerce store could target DIY publications, authors, magazines and trade shows as well as targeting followers of B&Q and Wickes.

If your brand should be in the middle of the conversation around a TV show, Twitter has targeting options for that too.

Let’s say your eCommerce store sells golfing gear. How about being in front of that audience on Twitter, right when they’re celebrating and cursing during the Ryder Cup or the US Open?

Yes, Twitter Ads has an option to let you do just that.

With interest categories or follower targeting, your Twitter Ads are targeting an audience any time they’re using Twitter. Keyword targeting is much more suited to real-time campaigns, with ads showing around the time your target keyword is used.

If your eCommerce store is focused on a motor sport audience and you’re targeting #F1 or #CanadianGP as your keywords, your campaigns will get a heap more juice and spend more budget during Grand Prix weekends and tail off significantly in between.

You can create Twitter Ads for eCommerce stores, targeting visitors after they’ve been to your site.

Visitors to your website are included in a remarketing audience and those using Twitter can be targeted with your ads.

There are many opportunities to segment this audience further, with different tags for different sections of your eCommerce store or perhaps the checkout or your goal page. With segmented audiences, you’ll be able to create tailored ads for those unique audiences to maximise the impact of your campaigns.

Target all visitors with one Twitter Ad, target visitors to your shopping cart who didn’t complete their purchase with a voucher, for example.

Building on those custom audiences, again like the Facebook and Google AdWords platforms, Twitter allows you to target a similar audience to those in your email or remarketing audiences.

Remember, this is a Twitter audience that is new to your brand, so don’t go wading in too quickly with sales promotions.

In addition to those options, you’ll also target your Twitter Ads according to locations.

These can be as broad as “United Kingdom” or broad metropolitan areas, counties or even using postcode targeted ads if that’s important to your eCommerce strategy.

What You’ll Need to Run Twitter Ads for eCommerce

Within the Twitter Ads interface, you’ll be able to see statistics for the goals you set for your campaign.

To track eCommerce sales from your Twitter Ads campaign, you’ll need to implement conversion tracking on your site – a small snippet of code that goes on your goal page after a sale.

If you don’t have it already, we’d recommend having Google Analytics set up on your site and the URLs in your tweets appropriately tagged.

You can then attribute the resulting sales and measure the behaviour of visitors from your Twitter campaigns to your eCommerce store, tracking how many pages they viewed, what they bought and how much they spent.

There are many opportunities and campaign types that you could use for your eCommerce site. Before you spend any money on Twitter Ads,  you should have a clearly defined target audience, a realistic goal and sufficient tracking to measure it.

Start with a moderate budget. Enough to get some data back within a week or so, but not so small that it takes months.

Measure the impact on your sales, remembering that typically, Twitter belongs firmly at the top of the marketing funnel, not necessarily as a direct action sales campaign. It’s likely that it’ll take some time to ramp up and many of the interactions will be the first step in multi-channel funnels. 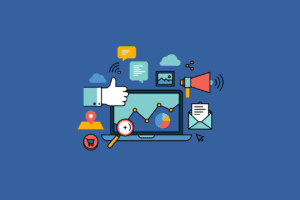 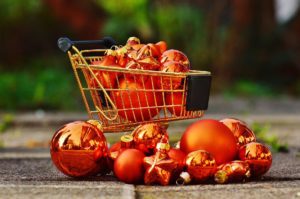