In this T-Time Show Mark Tillison is joined by Twitter superstar and author Nicky Kriel, discussing a number of new Twitter features and updates.

You’re 168% more likely to be followed on Twitter if your bio says who you are. #MadeUpStats #SMM #SocialMedia http://t.co/q1SmWiYEHL

You can see that this tweet includes an image, a headline, a description and the author of the post.

The vast majority of websites using Twitter card markup in this way will be using a plugin or an extension rather than coding the markup themselves.

Nicky and Mark discuss Yoast – an SEO plugin for WordPress which manages this markup data for Twitter and also Open Graph format, which will give your posts richer formatting on Google+, Facebook and LinkedIn amongst many other sites.

Once you’ve added a plugin and set up your cards, you’ll also need to authenticate your site using the Twitter Validator to be eligible to show Twitter cards too.

9:15 As an alternative to adding all this code to your website, or if you want to send clicks to a page you don’t have control over, or maybe you want to create a number of variations of images with the same URL, you can create Twitter cards manually using the Twitter Ads interface and creating a Website Card.

Although this is part of Twitter Ads, you won’t need to spend any money to use the function. As Mark notes in the video, head over to http://ads.twitter.com and work through the Card Creation process, adding in the URL and images that you want to use. Twitter will generate a new URL for you, which is the address of the card. If that URL is included in a tweet, you’ll see a rich media tweet.

The only downside to this is that anyone else sharing the original page URL won’t include this rich media.

12:12 Nicky explains the value of Twitter Analytics, a new Twitter feature introduced in October 2014. A number of revisions have been included since to improve the data available. Twitter Analytics provides you with more reliable dataset about the reach of your tweets, the level of engagement and how many people clicked.

Twitter monitoring tools such as SumAll are great, but don’t have the same level of detail as Twitter. For example, whilst SumAll reports the retweet reach as the number of users your tweets potentially reached, Twitter Analytics reports the number of times your tweet(s) were actually rendered in users’ timelines, which is a far more accurate measurement of Twitter success.

Overall, this new Twitter feature is a good thing, allowing more space for comments against the original tweet, whilst still quoting the original.

26:26 Nicky explains the recently updated “allow any users to DM” and the Group DM feature, allowing multiple users to be included in a DM chat.

There is a new Twitter feature in your Account Settings which allows the user to accept DMs from accounts which they do not follow. Nicky and Mark both agree that this should really be limited to brands who are using the Twitter DM function for customer support.

Most Twitter users would be best advised not to enable that function for fear of spam messages.

Nicky and Mark discuss the now retired “Discovery” tab and it seems that Twitter Highlights will be something similar, introducing new content from sources and users that you’re not following to improve your Twitter experience.

Mark considers whether this is an attempt by Twitter to become a destination for news, as Facebook has recently been targeting. What do you think – is this Twitter’s aim? Share your views with us about this or any of the other new Twitter features in the comments.

Highlights is rolling out to some users at the time of recording the show.

During the last 12 months, Google AdWords has modified its policy on its ads, making the ads themselves more obviously ads by adding a small yellow “ad” symbol next to each one. This makes it clearer to users that these are ads that they’re about to click on. 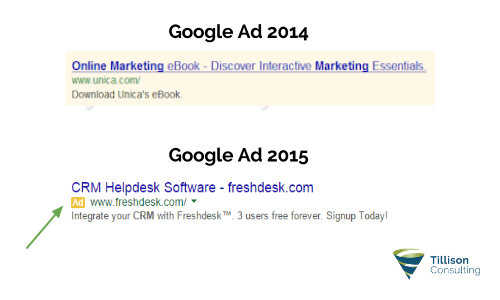 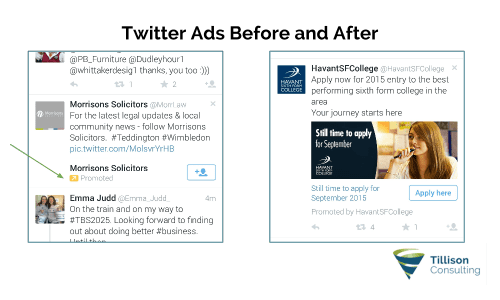 It seems that Twitter may be testing whether the yellow symbol increases or decreases engagement and click through rate on ads. We’ll keep an eye on this for developments.