As most Social Media Specialists predicted, 2014 has seen a massive rise in the amount of visual content being shared over the web whether that be pictures or videos – because of this it didn’t come as much of a surprise when Twitter announced that you can now add four pictures to a single tweet and tag up to 10 friends in a Twitter photo, without using up any of your 140-character count.

Twitter have made this update because it allows much more interaction between you and your friends. Being able to tag your friends in pictures without it taking up your 140 character limit makes it much easier to have conversations. If you’ve been tagged in a picture on Twitter it will show up as a notification. Don’t fret though if you fear you may get tagged to death, you can stop the notifications by turning it off in your settings.

What with the rise of Instagram, Snapchat and Vine, this new update from Twitter will allow them to keep up with the high demand for visual content and should help them to carry on being one of the most popular Social Media platforms out there.

For some examples of the new photo layout in action, check out these pictures from a Friday Meeting here at Tillison HQ. 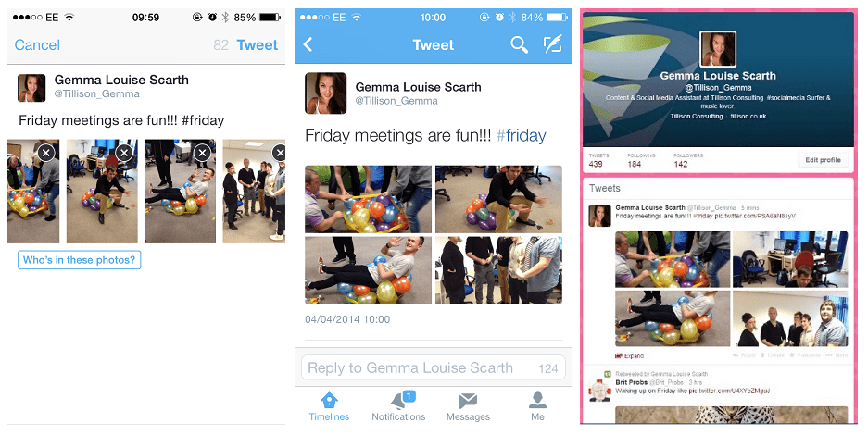 The Rumour Is…The Penguins Are Back!SEO Tips and Tricks