A Google Plus Guide To Commenting & Resharing; Etiquette, Ripples and Notification Spam

You’re here to engage. This isn’t a link-dumping competition to see how many links you can build to your page or even your Google+ profile. Your opinion is what’s going to get you noticed, provided it’s valuable. People respect well thought out opinion, whether you’re posting your opinion or presenting it as a considered argument to make your point in a discussion thread.

So you’re following some people. Some people are following you. Excellent. There’s no value in this until you engage in dialogue.

You spot a post that’s relevant to you and your area of expertise. Let’s say it a request for some help with something a user is misunderstanding.

Comment, mentioning that person’s name using +user name. This way, that user is more likely to be notified and they’ll know that you’re responding to their point. Mentioning the user is even easier if you click the “reply” link on a comment, though unlike Twitter, Google+ only pre-fills the commenter, but not any additional users they may have mentioned.

This is even more important when there are several responses in a thread. For popular posts, there can be several conversations between different users. Mentioning the person by name makes this interaction much more clear and makes engagement more effective.

You can even add more users to the thread of the conversation if you think that they’d be interested in it, or that they’d have some valuable insight. “+user name, I’ve not seen this issue directly, but had a similar issue. Maybe +third user might have some insight in to this“

Once you’ve commented, the user names will be highlighted as hyperlinks. These are now links to the users’ profiles and on desktop, hovering over the user name with the pointer will show the “Hover card” with and image and basic profile information. Depending on their individual settings, users are likely to get a notification that you mentioned them. You’re adding value to the conversation by introducing someone who can help. The first user is grateful for your help, the second user is grateful that you respected their opinion enough that you asked for their help. Depending on individual user settings, other people who have commented on the thread will be notified of your comments, even though you didn’t mention them specifically, giving them an opportunity to respond to your comment.

There’s plenty of room to comment, so rant away. Mention specific users as you respond to them or invite them in to the discussion thread. Link to additional Google+ posts which relate to this thread, or to external resources such as blog posts you’re written which are relevant to the conversation.

Once you’re in a conversation, if it becomes unnecessary to respond directly, it’s polite to simply +1 a user’s response, denoting that you saw it, thank you.

Once you’ve commented on a thread, you too will receive notifications of future comments. It is possible to stop notifications for specific posts if this becomes necessary.

See something you think your followers or members of a community will enjoy? Reshare it.

When resharing, add your opinion to your repost. Whatever you post will appear above your share, so include a headline and subject line to help users identify that this is something that they’re interested in. As above, mention specific users in your post who’s opinion you’d value or you think would enjoy the post. Ask a question in your post if it is relevant – “I know you were looking in to this recently, +user one. Is this helpful?“

When you’re resharing, thank the user who posted it. A simple “via +user one” is fine, or a “thanks, +user one” or even a “h/t +user“. This last one is an abbreviation of “Hat Tip”, a US-version of cap doffing. Either way, it’s good etiquette to thank the person for sharing, they most likely be alerted to your share anyway, but it’s always nice to be nice.

If you’re resharing a reshare: User Two reshared User One’s post which  brought it to your attention. Thank, via or h/t them both. If the reshare sequence is longer than that, you can thanks others if you wish, but it becomes a little impractical.

Thank the original author/poster and the person who brought it to your attention. It’s quite likely that will start a conversation on your re-share.

Not used on any other social platform and after using it for a while, you’ll wonder why that is. Ripples visually demonstrate the shares of a post, for the epicentre through reshares across Google+.

Each User’s representative circle in the share increases in size depending on the subsequent shares from their share. Users with a large number of post reshares have a larger circle, users with fewer reshares of the same post are represented by smaller circles. You can even see an animated timeline of the ripples of a post as it is reshared.

Ripples are fantastic to analyse and help to identify influencers across your network and beyond who amplify the reach of posts, either yours or those related to content you’re interested in.

If you identify some influencers, those are the girls and guys you need to engage with to amplify the reach of your content and to engage in debate, discussion and perhaps even the odd bit of banter. Careful on the stalking though.

Whilst it is possible for each user to configure their own notification preferences, you should take care not to abuse mentions in comments and when you’re posting or resharing. When you’ve a larger following, keeping with notifications can become a chore, so wading through hitting +1 on 14 consecutive posts from a single user won’t win you may friends – you’ll just irritate them.

This is the same for comments and mentions. Treat them with care. 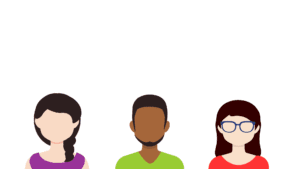