Over the last few weeks, planned changes to the Twitter news feed algorithm has created widespread panic. There’s been threats of quitting, accusations of Twitter turning into Facebook, plus some unbridled hatred thrown Twitter’s way too.

This post explores the changes to the Twitter news feed algorithm, why it’s not such a bad thing and what you can do about it.

To many, one of the best things about Twitter is that it is real-time. Tweets in your news feed, those in Twitter Lists (See: Why And How to Use Twitter Lists) and even those in Hashtag or search queries are shown in reverse chronological order.

Facebook famously has edge rank, its own algorithm which determines which posts you’ll see in your stream, Google+ does much the same, automatically surfacing posts about content that you’ve shown more interest in previously, or from users with whom you interact more regularly. Both platforms do this to keep users on the platform – the more time users spend on a platform, the better the user experience, the higher the likelihood that the user returns for more and the higher the ad revenue is, of course.

Now Twitter is edging in that direction, along with the recent rumours of extending 140 character tweet limit to 10,000 characters, it risks removing the one thing that sets it apart from those other platforms.

The early rumours of the Twitter algorithm change sparked fears that this change would ruin the Twitter experience and that users would have this changed forced upon them. For those die-hard fans of the chronological news feed, that’s not true. Twitter has rolled out the change in absolutely the right way:

Firstly, I’d called for an opt-out for users who wanted to keep the chronological news feed. Twitter actually went one better than that – users have to opt-in to the new Twitter news feed algorithm. Here’s how:

In the Twitter mobile app, go to Settings > Timeline and enable “Show me the best Tweets first”, like this:

Tweets you’re most likely to care about will appear at the top of your timeline – still recent and in reverse chronological order. The rest of the Tweets will be displayed right underneath, also in reverse chronological order, as always. At any point, just pull-to-refresh to see all new Tweets at the top in the live, up-to-the-second experience you already know and love.
Twitter isn’t making the whole news feed a contextual, confusing list of tweets it thinks you’re most interested in, only the first few. And they’ll be removed when you refresh the feed, leaving you with the chronological news feed we know and love.

Social Media Trainer, Speaker and Author Nicky Kriel has over 18,000 Twitter followers and is a little concerned about the change: 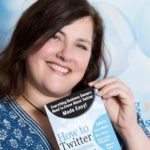 I am in two minds about the new Twitter Algorithm. One part of me thinks that it is probably necessary because so many people get overwhelmed with their Twitter feed or don’t read it and it will make it more relevant, but as a long standing Twitter user and lover, I can’t help think that the people running Twitter don’t understand Twitter themselves. It would be more useful if they made filtering the Twitter stream easier to do by your own personal criteria.
We agree – the Twitter news feed can be overwhelming, so we’re huge fans of using Twitter lists to organise your Twitter feed, making it easy to focus your time and attention on the people or topics you want to see at any point in time.

Social Selling pioneer and innovator Tim Hughes commands an impressive 100k Twitter following and says he wouldn’t use the new function, given the choice. 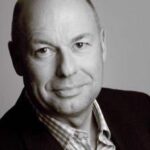 Twitter needs to progress. It can’t stand still, so it must innovate the platform. If I have the choice, I won’t use the algorithm.

I’m a huge fan of Twitter and the relationships and reputation it can help businesses and individuals create. 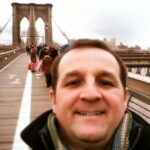 Only one thing never changes in Digital: Everything Changes. Change on Twitter is as inevitable as the Google algorithm changing to deliver better, more relevant search results. Twitter has to evolve to attract new users.  The user experience is critical to making Twitter the go-to app for news or just to engage socially.

I’ve opted into the new Twitter news feed algorithm. So far, it looks exactly the same.

Since I’ll be able to refresh and remove the “relevant” tweets from my news feed, I’ll stick with it to see if it actually is a better user experience, or poorer for it. Coupled with my extensive use of Twitter lists, I doubt it’ll have any significant impact on my own use of Twitter.

What do you think about the new Twitter news feed algorithm? Share your thoughts in the comments.