Many of our clients and AdWords Training students have asked us about their obligations surrounding Google AdWords Trademark use.

Should you bid on competitors’ brand names in Google ads as keywords to generate traffic and sales – what are the legal implications?

Frank Jennings: It does depend on how you’re using the trade mark. If you are using a competitors’ trade mark to divert traffic away from their site to your site, this is a clear infringement of the Trade Marks Act 1994. In principle, the trade mark owner has a right to seek compensation from the advertiser.

However, the law is less clear where you might include a trade marked term in an ad because you sell an accessory product, rather than a competitive product. An example of this might be mobile phone ringtones or tyres – the intention here isn’t to divert traffic away from the trade mark owner but to use the mark descriptively.

Mark Tillison: So what about bidding on those same terms as keywords?

Frank Jennings: The same principle applies. The law does provide for the trade mark owner to seek compensation for damages through your unfair use of their trade mark and does include bidding on keywords, including them in any part of your ad text and/or including them on your web site.

In the landmark Mr Spicy case against Yahoo!, the judge concluded that the search term was used by a member of the public and that Yahoo! used it to produce results and that Yahoo!’s use did not constitute infringement of the trade mark.

The result of this is that in essence the search engines decided that they had no legal responsibility to block the use of trade marked terms, leaving the market to self-regulate. The responsibility would be for trade mark owner to make a claim against the person using their trade mark in key words.

Mark Tillison: Google’s position is that it will allow you to bid on keywords, but may block some trade marked terms from being used in ads where it has received a complaint from the trade mark owner.

Frank Jennings: Google has been looking into this whole area recently but their policy appears to exceed the legal requirements, allowing certain parties to block use of terms unnecessarily. Such action prevents a site selling mobile phone accessories or ring tones using trade mark terms with the words “ring tones” although there is not necessarily competition with the trade mark owner nor an attempt to divert custom from that trade mark owner.

Mark Tillison: So if the brand is not a trademarked term, is it OK to then use it?

Frank Jennings: In principle, the law still applies, although in such an example the claimant would have to demonstrate that their investment in the term entitles them to claim compensation in the same way. This is a more complicated and lengthy proposition. I’d recommend that companies register their trade marks using a filing agent, or you can register it yourself at http://www.ipo.gov.uk.

Mark Tillison: What about natural search?

Frank Jennings: The Trade Marks Act would prohibit use of the mark to unfairly divert sales away from the trade mark owner, so yes, work to increase a natural search ranking for a trade marked term would be subjected to the same legal test.

Mark Tillison: What about beyond the UK?

Frank Jennings: Google has expanded its new policy to 194 countries but not yet the other EU countries (other than Ireland). However, there are different trade mark laws for different countries, so beware.

Mark Tillison: So if a trade mark is being used to sell an accessory product, and the trade marked term is blocked for use in a Google ad, what can the advertiser do?

Frank Jennings is a Partner within DMH Stallard LLP’s highly-rated Technology Group and head of the firm’s Commercial Team in Gatwick. He has extensive experience of the technology sector having previously worked at Psygnosis (part of Sony) and Vodafone and regularly writes and gives presentations on intellectual property rights and IT.

Speak with a SpecialistLearn AdWords with a Pro 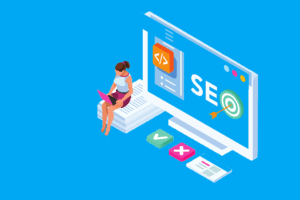 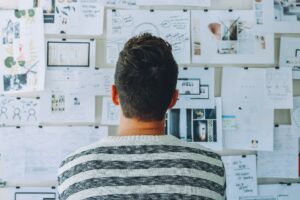 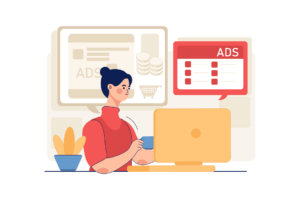