Since 2018, Google Ads has had a strict ban on running advertisements relating to cryptocurrency and any content that falls under this umbrella.
However, since August 3rd, this has all changed! Google has announced a lift on certain cryptocurrency-related ads. Of course, this hasn’t opened the door for anything and everything cryptocurrency to be advertised within PPC campaigns but it’s a step into mainstream acceptance of the internet-born currency.

What’s allowed to be advertised?

In Google’s official statement, they announced that advertisers selling Cryptocurrency Exchanges and Wallets will be authorised to run campaigns as long as they comply with all Google Ad policies. However, the statement does specify that this is for businesses in the United States and it’s unclear if these policy changes will be actioned in other regions. Any business looking to run a compliant cryptocurrency campaign needs to meet the following requirements:

They also list a number of promotions that are still banned from the platform. These include celebrity cryptocurrency endorsements, ICO pre-sales, unhosted wallets, cryptocurrency investment advice among others.

Google’s new policy update for cryptocurrency seems like they are only dipping their toe into the water to see how the reaction is. They have had some controversial run-ins with cryptocurrency like in 2020 when Apple co-founder Steve Wozniak filed a lawsuit against Google over a scam involving Wozniak’s image being used for bitcoin giveaways. While the courts favoured Google in this case, it may explain the restrictions that are still in place in the current policy.

Would promoting cryptocurrency services on Google Ads benefit you? This news piqued the interest of our Google Ads management experts so get in touch with us at @teamtillison on Twitter or call us to chat about running Google Ad campaigns. 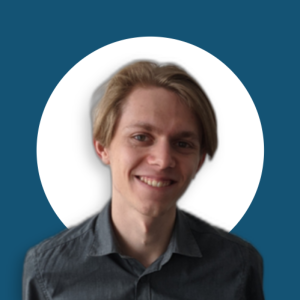 James Sayers has a passion for writing on media such as music, film and video games. He works at Tillison Consulting as an SEO Campaign Manager working on blog content and SEO improvements for clients.
All Posts