A historic moment in time, as of the 20th November 2019, Google has updated its policy to limit the targeting of political Ads across its search platform.

Part of this new enforced regulation is that political parties will no longer be able to target advertising based on users political ideology.

Along with preventing parties targeting voters on their affiliation, Google is hoping that this move will also add additional pressure to Facebook and the role of micro-targeting and Political Ads.

In addition to this Google has also announced that it intends to create and clarify a policy around false and misleading claims, making elections as honest and transparent as possible.

Defending the latest Google Ads update, Google Ads executive Scott Spencer said “whether you’re running for office or selling office furniture, we apply the same ads policies to everyone; there are no carve-outs”.

Clarifying their policy change, Google have said that “While we’ve never offered granular microtargeting of election ads, we believe there’s more we can do to further promote increased visibility of election ads”

“That’s why we’re limiting election ads audience targeting to the following general categories: age, gender and general location. Political advertisers can continue to do contextual targeting, such as serving ads to people reading or watching a story about, say, the economy”.

Scott Spencer went on to say “No one can sensibly adjudicate every political claim, counterclaim, and insinuation. So we expect that the number of political ads on which we take action will be very limited, but we will continue to do so for clear violations”.

These new rules for Google political ads, will also affect the use of Google’s tools and prevent candidates and political parties from using data sources and targeting individual users within their political campaign.

This action from Google follows the recent decision from Twitter to ban any political ads from its platform. Twitters recent ban of certain paid tweets involves adverts on the subject of climate change, abortion and politics.

These new rules are expected to come into force in the UK at the end of November, ahead of a general election on the 12th December, before being rolled out across the rest of the world from the 6th January 2020. 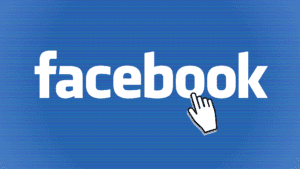 Google’s latest changes come as a stand against social media giant Facebook and their use of micro-targeting throughout political campaigns worldwide.

Now under pressure to follow suit, Zuckerberg has defended his company’s decision on Facebook Ads and has said “In a democracy, I don’t think it’s right for private companies to censor politicians, or the news.”

Unlike Twitter, Google has chosen to allow political ads across its vast ad network, but importantly not the option to target audiences based on their political beliefs – that seems a direct response to that offered by Facebook and the Cambridge Analytica debacle.

Political ads can still use the Google Display Network, showing banner and video ads, orYouTube, or ads responding to searches on its search engine. Most likely, most political campaigns would focus attention on broad reach of messaging using Display and YouTube opportunities. They’ll be able to target audiences based on location and demographic data, which will suit very broad targeting, or they’ll be able to target Content – essentially topics, perhaps alongside content related to the NHS and healthcare, which will certainly be among the hot topics at this election.

If I were considering running a political ad campaign, I’d be considering the different platforms according to my objectives and tailoring my messages to suit.